As Head of the Church and the Savior of the body, the Lord Jesus Christ gave officers necessary for the edification of His Church and the perfecting of the saints. These officers are Elders (pastors/shepherds, overseers or rulers) and Deacons. Elders have responsibility to oversee the whole work of the local church, with a focus on the ministry of the Word, prayer and worship. Deacons have been given as assistants to the Elders to administer the work of the church. The congregation is to follow with esteem and love the teaching and example of those who lead them.

For an introduction to the first 23 years of Bo’s life, just watch the Sandlot and Bull Durham while reading Hillbilly Elegy and Martin Luther and/or John Bunyan’s conversion story, and imagine you’re in a small town in Texas. In 2008, he married Rachel, who, if you ask him, hit on him in marketing class at TCU. The Cogbills have three covenant children, Bailey Grace, Sydney Noel, and Keller Justice. At TCU, the Lord was faithful to His baptism, and Bo and Rachel both became faithful Christians. Bo began serving at Christ Covenant Church, Mesquite, TX in 2010 and graduated from Westminster/Redeemer Seminary with his M.Div. in 2012. Since that time, Bo has worked as a baseball coach, teacher, firefighter, chaplain, and Director over training and organizational development at Austin Industries. The things he enjoys most are hanging out with Rachel and the kids, Dallas sports teams, and cheering on TCU – GO FROGS! He also tries to figure out creative ways to keep working out as his body breaks down more and more each year – so far walking slowly is the only thing that doesn’t hurt. In January of 2019, Bo was installed as the head pastor at Reformation Covenant Church, and he’s looking forward to serving RCC as they pursue loving the Triune God, loving their neighbors, and transforming the fallen world. 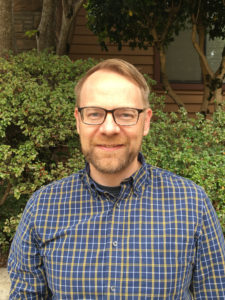 Devin has worked for over 15 years in Christian education. He’s served as a principal, dean, and has taught classes from first grade through college. He is married to Amy and they have four thoroughly-baptized children–Aiden, Jonathan, Geneva, and Abigail. He is a graduate of The Master’s University with a BA in theology and an M.Div. He is pursuing a doctorate in Christian Education through Biola University, and hopes to finish his dissertation this year. After that, he will never take a college class again (God-willing). Devin has been a member at RCC for three years, and he joined the elder board and was installed as associate pastor in August 2020. Devin loves hiking around Oregon, playing board games with his family, and dating his wife. 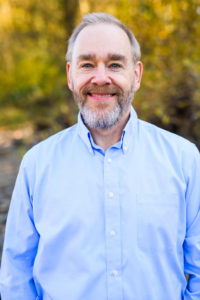 Gary Barnard – Elder
Gary is a telecom engineer who has faithfully been at the same company for over 30 years, first in Vancouver, B.C. and later transferring to California. In 2003 he and his wife, Alice, decided they needed a stronger church-family community, so they packed up their kids and moved from southern California to northern Oregon. It has been an unspeakable joy to be part of RCC. Over the years Gary has taken on several projects at church and enjoys serving the Body of Christ. Gary’s hobbies include beekeeping, hunting, shooting and being a Canucks hockey fan. Gary and Alice have 4 children and live in Oregon City. Gary was ordained and installed as an elder at RCC in November 2016. 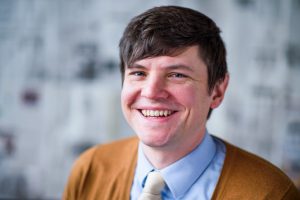 Matt Dau – Elder
Matt and his wife Ana have four kids and have lived in Oregon City since 2006. Originally hailing from Green Bay, Wisconsin, Matt is a civil engineer working in asset management in the hydroelectric power industry. Matt is active in Christian education, having taught at a Christian school for several years and currently serving on the board of directors of another local Christian school. He was ordained and installed as an elder at RCC in January 2018. 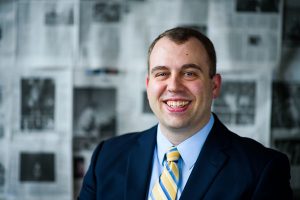 Michael Lortz – Elder – Clerk of the Session
Michael has been part of RCC for nearly his entire life. He and his wife Elaine (Elly) met at RCC’s annual family camp as teenagers, married in 2001, and have 5 children. They live in Oregon City. A graduate of the University of Idaho, Michael is a licensed CPA and is the CFO of a Portland firm. He speaks often on tax-related topics. Michael has been active in Christian Education at RCC for many years as well as various Christian ministries outside of RCC. He was a founding board member of Love In the Name of Christ of Clackamas County in 2004 and continues to serve that organization. Michael was ordained and installed as an elder at RCC in November 2016. 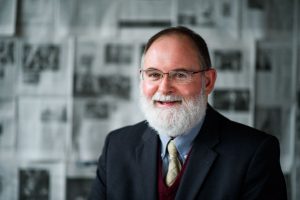 Roger Payne – Elder – Moderator of the Session
Roger  was born and raised in San Diego, California, and served six years active duty in the US Navy from 1972-1978, where the Lord found and saved him. After his enlistment, he attended Multnomah University, graduating in 1984 with a Bachelor of Science in Biblical Education. Roger has served our congregation as a Sunday School teacher and administrator, and has overseen the weekly Sunday fellowship meal (Agape), the internal benevolence program and the greeters. Roger also served as a deacon from 2003 until his ordination and installation as an elder in November of 2016. He and his wife Beverly have 4 grown children and 9 grandchildren. They have been members at RCC since 1995 and live in Oregon City. 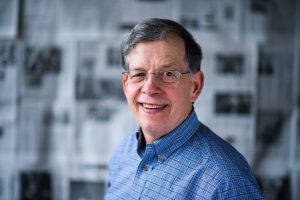 Jeff Cone – Deacon
Jeff Cone, a CPA, has strong abilities in the area of finance and helps with the church budget, financial reports, and the church accounting system. He owns a successful consulting company. Jeff and his wife Ann have six children and three grandchildren. They live in Mulino, Oregon. 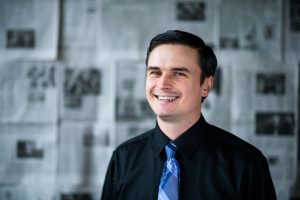 Daniel Forster – Deacon
Daniel has been part of RCC for basically his entire life (since his family started coming in 1987). He and his wife Katelyn married in 2008 and they have six children. Daniel is a homeschool graduate who continues to read and learn whenever he gets the chance, and for over 10 years he has managed Doorposts Publishing, a ministry dedicated to helping parents apply God’s Word to child-training. His service in the church has included leading a retirement home ministry, helping organize events, leading the missions  and outreach team, and more recently, joining the deacons board. 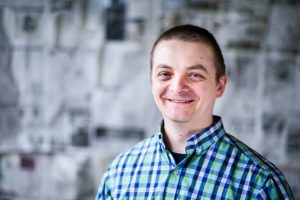 Bryan Hangartner – Deacon
Bryan has been a member of RCC since he was baptized there as a child along with his three other siblings. He was homeschooled through grade school and high school, and attended Portland State University to obtain bachelor’s and master’s degrees in Civil Engineering. He currently works as a project manager at Portland General Electric and is married with two daughters and a son. Some of his current service areas include running the weekly Sabbath Agape meal (potluck) and annual church Family Camp at Rockaway beach on the Oregon coast. 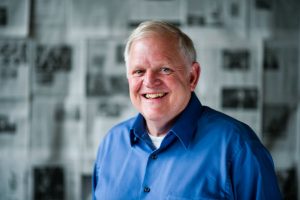 David Tooze – Deacon
David became convinced of the sovereignty of God and the truth of the Bible in 1996 and in 2001 made Reformation Covenant his family church home. He says the best part of the Lord’s Day at RCC is that it doesn’t end at noon – rather, it lasts all day long! David has a heart for practical service to RCC and her families. Today, his main responsibilities are assisting with facility maintenance and with family moves. David has taught eight and nine-year-old children in the Lord’s Day Bible Classes and helped start King’s Academy Christian School for Junior and Senior High students. David is a graduate from Oregon State University with a Bachelor’s Degree in Parks Management and retired from the City of Portland, Office of Sustainable Development, as a Senior Energy Specialist since 1987. He was ordained deacon in the spring of 2008. He and his wife Minden live in Milwaukie and have three children and one grandchild. 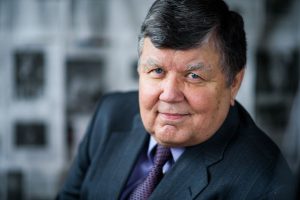 George Shubin – Elder (retired)
George is a husband of one, a father of 7, and a grandfather of 17.  He came to Christ during a Billy Graham Crusade in Los Angeles in September 1963, and credits that experience and the guiding hand of the Holy Spirit in protecting him from the moral craziness during the societal upheavals of the 1960s.  He and his lovely wife, Tanya, have been married since 1969.  He moved his family to Oregon in 1975 and hasn’t regretted one moment of that decision. George has been programming computers since dinosaurs walked the earth, and has owned and operated a small computer software development business for the last 40-plus years.  He has been an avid student of the Scriptures and theology in general, has taught Sunday School for both teenagers and adults, was editor for two church newsletters, and published his own subscription-based religious issues newsletter. He was elected to the deacon board of a previous church and served faithfully for several years. His Scriptural studies eventually drew him to an understanding and appreciation of Reformed Theology, and considers it the most well-rounded and comprehensive expression of Biblical teaching.  He retired from active elder service in February of 2020.